Icarus – a cautionary tale for the overambitious

In Greek mythology, Icarus follows his father in fleeing Crete.  His father cobbles together wings for them both out of wax and feathers, but in his wisdom and experience, cautions Icarus to religiously follow his flight path, neither flying too high so as to melt the wax, or too low so as to fall into the sea.

Icarus dutifully agrees, but in experiencing the dizzy heights and elation of flying, discards the wisdom of his father’s words (sound like any other teenagers you know?) and decides to fly higher and higher, caught up in the emotion and lure of the flying.

The rest (as they say) is history, as Icarus flies too close to the sun and melts the wax, resulting in his feathers falling off his body plunging to his death. 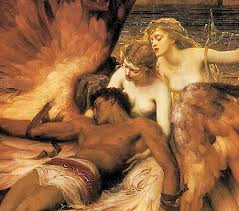 This cautionary tale is such a brilliant  metaphor for many things – including one for your teenage boys perhaps.

But in terms of leadership, it portrays the seduction of ambition, and what the consequences are of being entirely focused on our own ego, advancement, and benefit.

It is one thing to strive to become the best we can be – after all, it is a good thing to seek to reach our full potential.  On the contrary, it is a completely different matter to become fixated on our own advancement at the expense of others.  Stepping on the heads of colleagues, or over promoting ourselves beyond our current capabilities in our plight for cultivating perception rather than true, holistically valuable outcomes, is an unrealistic pathway to success.

Hogging the limelight and managing upwards at the expense of results in order to retain (or obtain) status is a similar recipe for misadventure.  As I mentioned in a previous blog, being a good manager and being a successful manager are not necessarily the same thing.

So what can be some of the causes of this Icarus complex?

In the fantastic handbook FYI: For Your Improvement, A Guide for Development and Coaching, the authors (Michael M. Lombardo & Robert W. Eichinger) describe aggression, and a lack of people and political skills as possible causes. They even refer to over ambition as a career “staller and stopper”, giving it the gravity it deserves in terms of career management.

In my coaching practice, when I have witnessed over-ambitious traits, it can often seem to arise from a desire to prove one’s self and an innate perception that career advancement or positioning is closely attached to happiness.

This can be amplified when there is a lack of feedback, or when we are unaware of our own strengths and weaknesses.

Here are some antidotes and remedies:

Focus on your peer relationships and direct reports as much as those above you.

Encourage others to succeed and so too will you.  That is what will ultimately give you wings.