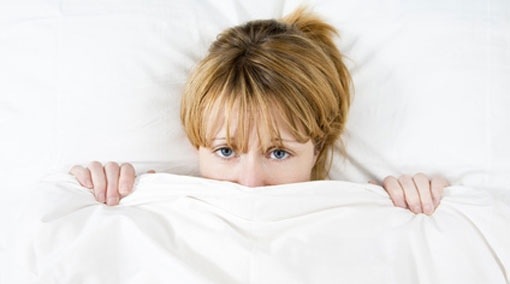 When was the last time you had a ‘duvet day’?

You know, one of those days where you awake feeling completely depleted. You probably could drag your sorry self into the office, but you would rather pull the covers over your head for a day instead.

I feel like this about once a year on average. Two if it is an ‘annus horribilus’. It usually happens in the middle of winter, when I have had a particularly heavy workload, both personally and professionally, and have been generally burning the candle at both ends.

In the not too distant past I would have soldiered on, given myself a quiet pep talk to just “toughen up Suzi” and assume the stance of what my English girlfriend would describe as a “trouper”.

More recently though, I have been a lot kinder to myself. I made the decision to start listening to what my body, mind and soul is telling me I need. This was a monumental step for me, as the Protestant work ethic is alive and well within.

The irony is, when I lean into the ‘duvet day’ urge, I actually find that when I do return to the world, it is with replenished energy, creativity and productivity, which more than makes up for the fact I took a day off.

Furthermore, I have found when I have switched off my phone, and email (and the world!), watched some mindless daytime TV and generally attended to the duvet day urge, I am able to view previously deemed work challenges with a more objective perspective. This can often enable me to solve issues I have been grappling with for months.

It reminds me of the value of reflection.

Many years ago, I heard about the concept of ‘stopping’ – an idea lacking in significance in today’s busy, action oriented, outcome addicted corporate world. Whether it is for a minute (in terms of mindfulness) a week (in reference to a holiday) or a year (in terms of a career sabbatical to pursue a bucket list dream), the ‘duvet day’ fits in nicely to this concept.

A former boss of mine, George, who incidentally is one of the most hard working, driven and productive leaders I know, was a fan of the annual ‘duvet day’. About once a year, he would take a ‘duvet day.’ And I figure if it’s good enough for a very successful CEO, its good enough for me.

Furthermore, if you believe your organisation cannot possibly function for one day without you, I would suggest it’s time to reflect upon your delegation skills and other leadership competencies, such as an overused requirement for control, for example. It is almost….dare I say it…a bit arrogant!

As leaders, we need to model the behaviour we want from others. If you find yourself from time to time resisting the lure of a ‘duvet day’, think again about the gifts it can bring. Go on, I dare you, recharge those batteries and refill your cup.